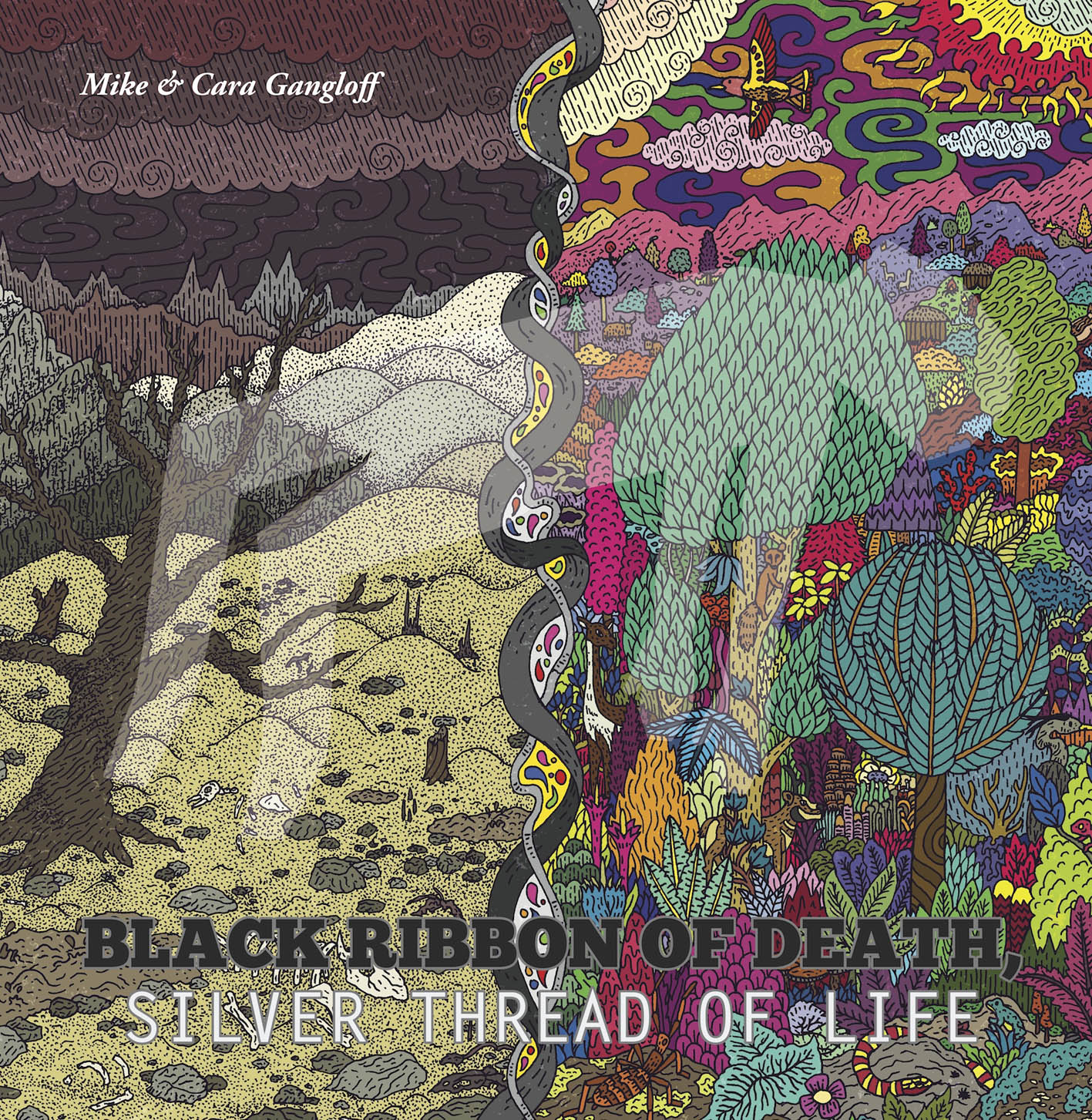 We are extremely excited to be releasing Mike & Cara Gangloff's 'Black Ribbon of Death, Silver Thread of Life' this November 3rd. The record will be released in a run of 500 LPs with artwork by Jake Blanchard and includes a d/l code.

"Mike and Cara Gangloff’s Black Ribbon of Death, Silver Thread of Life is the third in a series of loosely connected melodic investigations released by Mike Gangloff over the past two years. All three were recorded around the Gangloff home in rural Floyd County, Virginia, and were engineered by Joseph Dejarnette (Carolina Chocolate Drops, Bruce Greene, Curtis Eller). And all three feature the far-reaching improvisation familiar from Gangloff’s work with the old-time stringband Black Twig Pickers and the acoustic-drone outfit Pelt." Read more of Adam Frost's words on the record and PRE-ORDER here