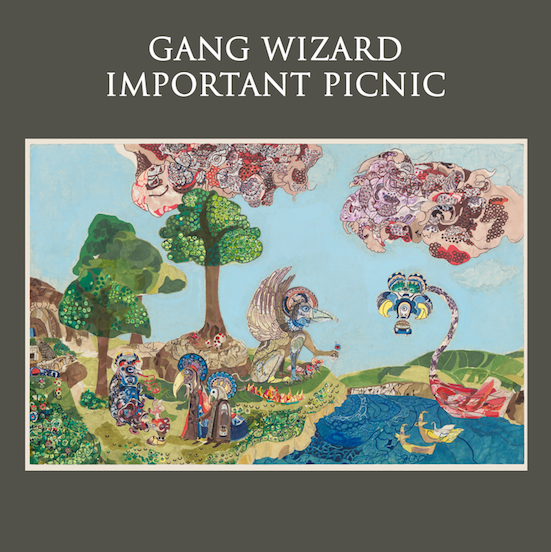 Gang Wizard celebrates it's 19th year with it's fifth proper full length LP, Important Picnic, on MIE. Mike Landucci started the band in 1995 with his brother Tom, and Jacob Anderson (Spirit Duplicator, Yuma Nora) joined shortly after. Christopher Breedon started drumming for them in 98, and those three have formed the core of the band ever since. Dozens of notable musicians have come and gone since, most importantly Brian Miller (Foot Village) who gains a mastering credit on this album, and Rob Enbom (Hospitals, Eat Skull), who, with Landucci and Anderson, took the band on an unexpected detour into more degenerative psych-noise terrain (think Amon Duul I), and as far as a European tour in 2007.

Released in a edition of 300 LPs and digitally on March the 3rd.